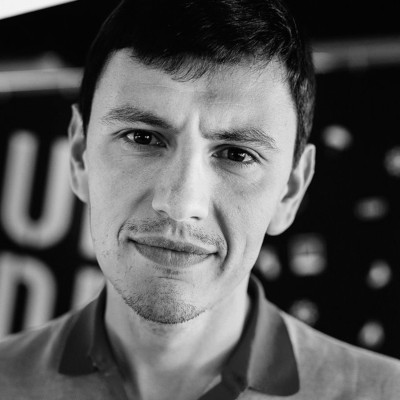 He created the anti-crisis agency, to which the business turns in conflict situations when jurisprudence and negotiations did not help. Tools are information intelligence and guerrilla actions. The goal is to make the enemy regret that he started the conflict and put him at the negotiating table. Courage and drive are side effects.

Explores topics at the intersection of economics and psychology, specializing in:

Digital community as a fifth power

There are similar driving forces behind the Internet protest and the genocide. It is our choice to direct them for good or turn them into evil.

1. The fifth power. Zuckerberg noted that people who have the power of large-scale self-expression are a new kind of new force – the “fifth power”. People no longer need to rely on politicians or the media to have their voices heard. And this has tangible consequences.
2. Where does this hate speech come from? Someone’s comment, post, or tweet exposes the problem that resonates with many people. When a dilemma has been noticed in time and was sharply formulated, it would encourage the Internet audience to express themselves and disseminate information online. This is how public resonance arises, and this is how hot social issues come into the focus of public attention.
3. Face + shortcuts. Internet users easily find those responsible for conflicts as soon as the problem that worries the online community gets the real human face. And these “unfortunates” get labels mixed with curses all over them. In some cases, it comes to blatant harassment and threats.
4. The unconscious nature of hatred. “It doesn’t matter what exactly they’re wrong about, but they’re definitely wrong.” If there is intolerance, the thought process serves solely to justify emotions and intuitive antipathies. The ratio turns on post facto and with the only one purpose – to convince yourself that you do understand what’s really happening.
5. Polarization of society is one of the key problems today. It is almost impossible to overcome the division of people according to views and beliefs. The more social networks expose the characteristics of one group, the less sympathy that group gets from the bearers of opposite views. Each of us is able to ask the “fifth power” to stay by his side, but few are aware of the responsibility for its destructive action. After all, the unifying force of the Internet is as difficult to consider and measure as the power of processes that led to the execution of Giordano Bruno, the infamous trial of Alfred Dreyfus, or the persecution of Nobel laureate Academician Sakharov.
6. Ways to overcome. The hatred we show to those who attack our values ​​is like an instinct for self-preservation: it is unconscious and blind. The only thing that can stop it from spreading – to recognize one’s “friend” in one’s “foe”. Every time your hand reaches out to write a mocking comment, you should imagine that in a few seconds the inscription “someone is typing a comment …” under your post on the social network will turn your life into mayhem full of threats and insults.