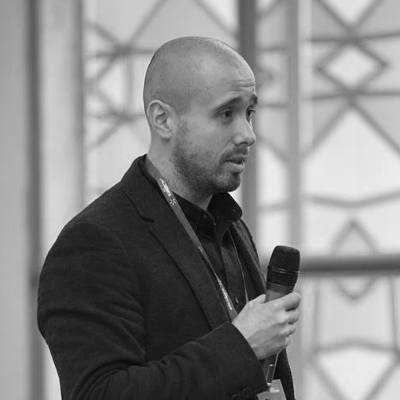 Partner and co-founder of TABASCO. He is an Ex-President of the Club of Ukrainian Art Directors. The Forbes Columnist.

He managed the creative advertising for the launch of Vodafone in Ukraine; he is the author of the innovative strategy Credit Agricole Group Ukraine. The list of clients includes Alfa Bank, OKKO, ModnaKasta, Kernel, TAS Bank, Philip Morris, DeltaMedical, “Pripravka”, “Foxtrot”, Ferrero, Hyundai, Henkel, and many others.

He developed and implemented social campaigns for the government, UNDP, Amnesty International, etc. The patriotic campaign with Vladimir Talashko and Nina Antonova was named “a masterpiece of social advertising” and got the highest award of the Ukrainian market – the Grand Prix of the Effie Awards.

For significant personal contribution to the development of the volunteer movement, the creation, and development of social projects for the Armed Forces of Ukraine and the ATO forces support, strengthening the defense capacity of the state, he was awarded the Diploma of the Verkhovna Rada of Ukraine.

How the tech revolution has led to the consumer revolution