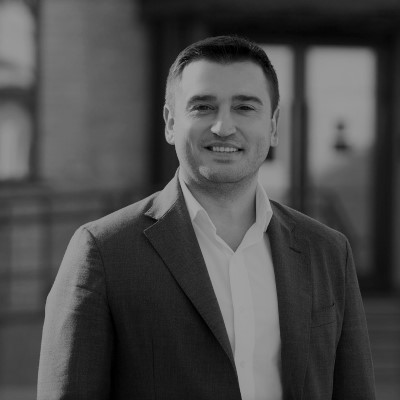 Deputy Minister, Ministry of Digital Transformation, responsible for IT Development, Project Manager, Diya City, Member of the Supervisory Board at the Ukrainian Startup Fund.

He has over 10 years of experience in IT management. He founded and managed a number of successful companies and startup incubators, including the American video monetization platform Adtelligent and the outsourcing company Intersog, which was included in the TOP-5 App Developers in Chicago according to Clutch, and TOP-10 best employers in Odesa according to DOU.

In 2015, he became Best CEO / COO – IT BIZ AWARDS 2015, and in 2016 he was included in the ranking of 25 trailblazing business leaders in Ukraine. He has an MBA (University of New Brunswick) and an MPA (Columbia University).